As a growing market leader in their field, our new client CFC required the fit out of new offices in Whittington Avenue to solely accommodate their tech team.

As a growing market leader in their field, CFC required the fit out of new offices in Whittington Avenue to accommodate their tech team. We worked closely with the design and PM team to transform the floor into an eclectic mix of working environments that embody the company's brand and forward-thinking approach. 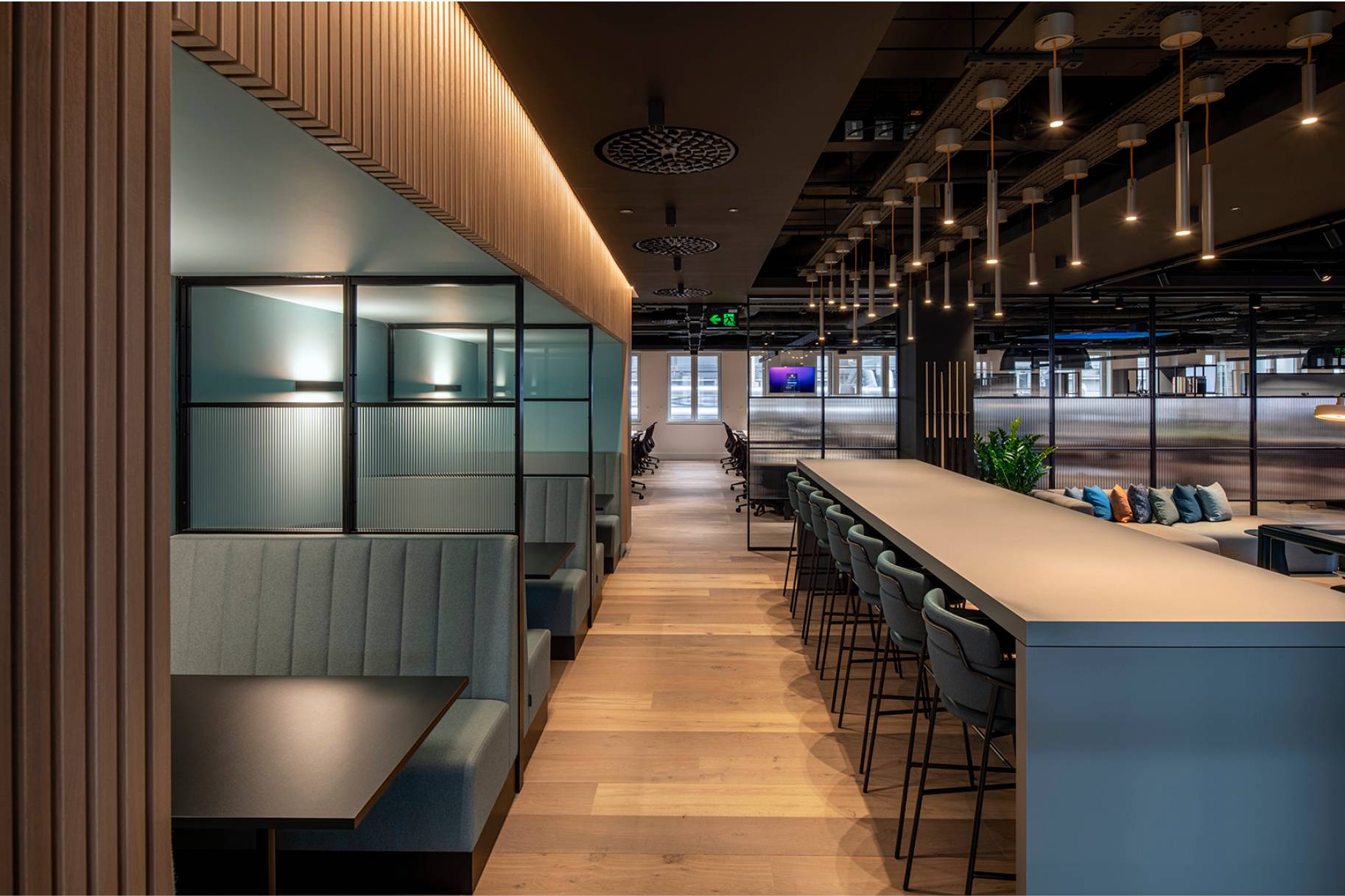 After completing the impressive marketing suite at Whittington Avenue for the One Leadenhall development in the City, our client, Brookfield Properties, recommended us for further fitout works within their building.

We successfully tendered the fit out of the newly leased floor and worked with a great team to bring the sci-fi inspired design scheme for CFC to life. 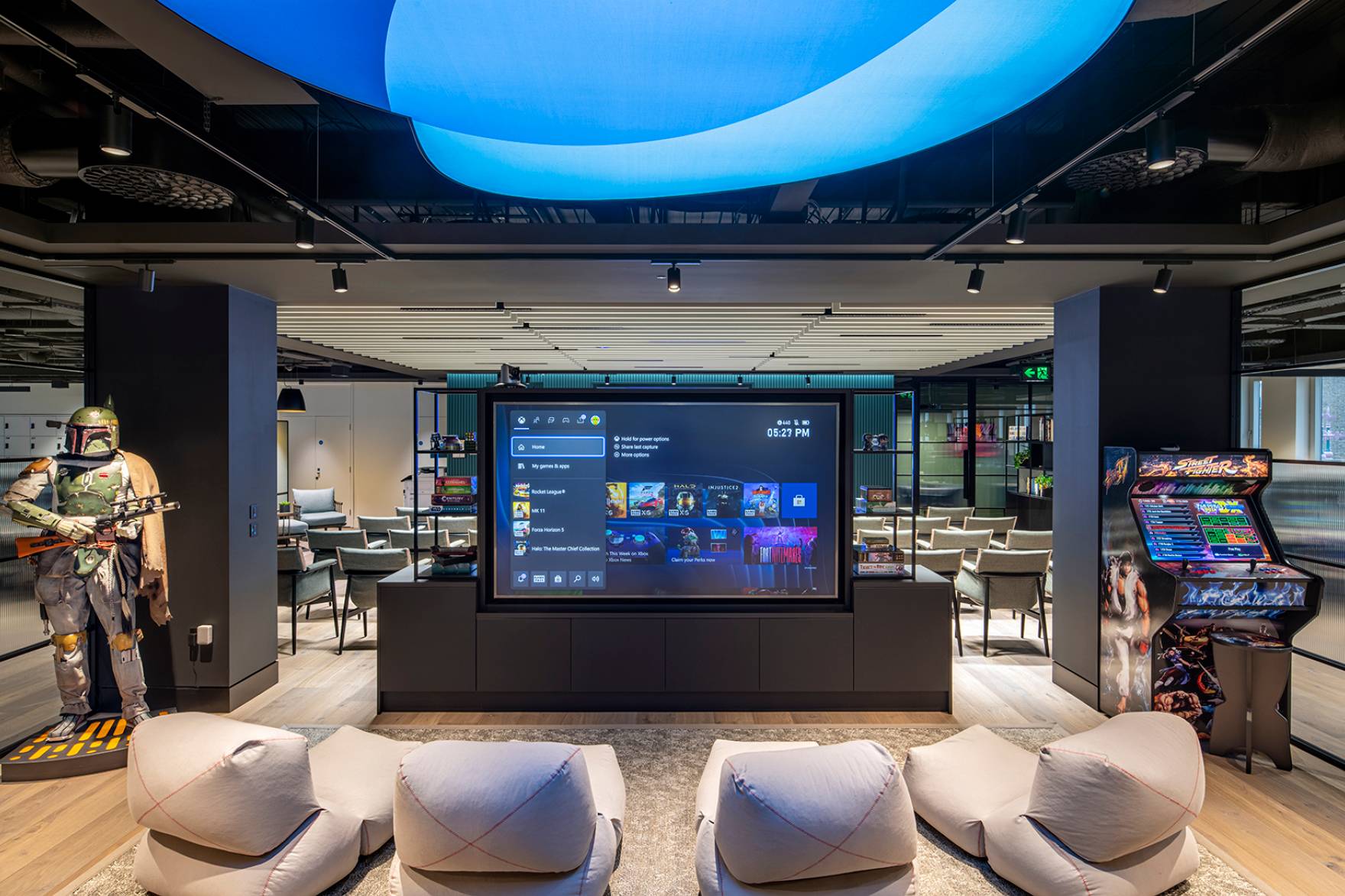 CFC are a specialist insurance provider and market leader in cyber. As an expanding business they required a space that would support the collaborative work habits of over 100 software engineers and perfectly reflect their company brand and reputation as one of the most mature and fastest-growing technology teams across the globe.

Works commenced with the strip out of the existing offices to shell and core. The floor layout was modified as per the pilot design scheme by Cardo which utilises different zoned areas and demountable solid and glazed partitioning to create an agile and fluid workspace. 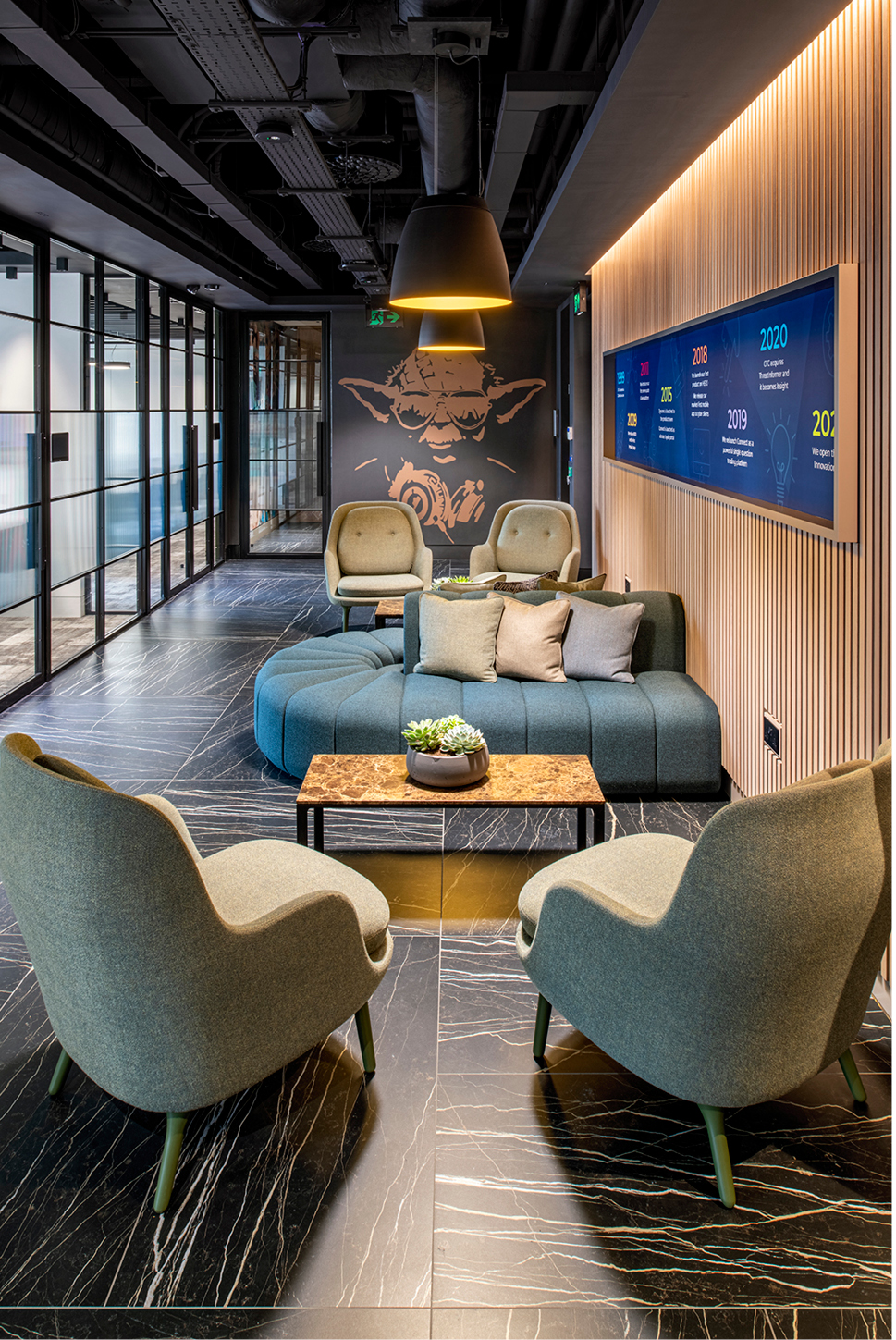 New facilities include the installation of a tea point and WC’s and showers and new security systems include Access Control, CCTV and Intruder alarm.

Staff wellbeing has been made a priority with excellent facilities and welfare areas from high quality teapoints and showers to a 4 screen Xbox suite and arcade games.

"QOB were recommended to me by Brookfield’s, and I somewhat reluctantly added them to the CFC tender list as they were not a contractor I had worked with before. However, their tender return and responses were honest, clear and accurate and we thus made the decision to award them the contract. Any misgivings I may have had were short-lived as I rapidly came to appreciate that all the QOB staff working on the project were single-minded in their goal – which was to produce a high quality fit out, on budget and on program.

It has been a genuine pleasure working together on this project and I would have no hesitation in recommending QOB, just as they were recommended to me!

On behalf of CFC and Cardo, we thank the team at QOB for an excellently delivered project.
"

For CFC and its tech team, we have provided an agile and fluid workspace with a clear identity while futureproofing the space for further expansion. 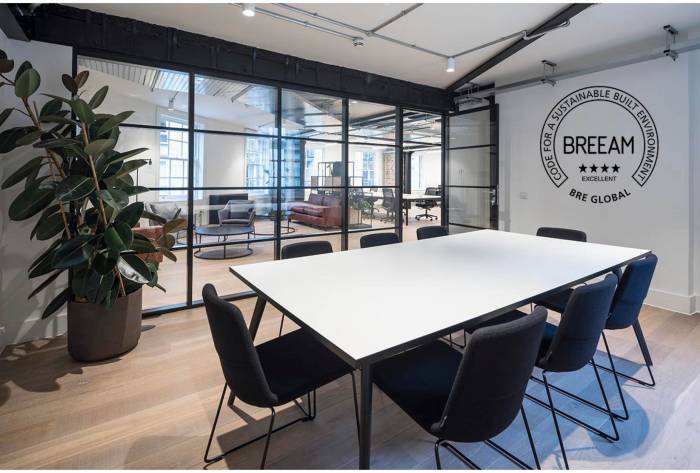 Our refurbishment of 55 Bartholomew Close for Helical, has officially been awarded BREEAM excellent. 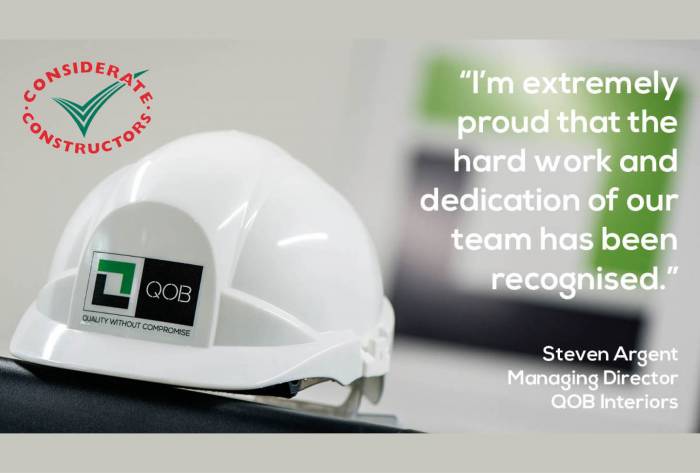 We’ve been awarded a Certificate of Excellence for our recent CCS score! 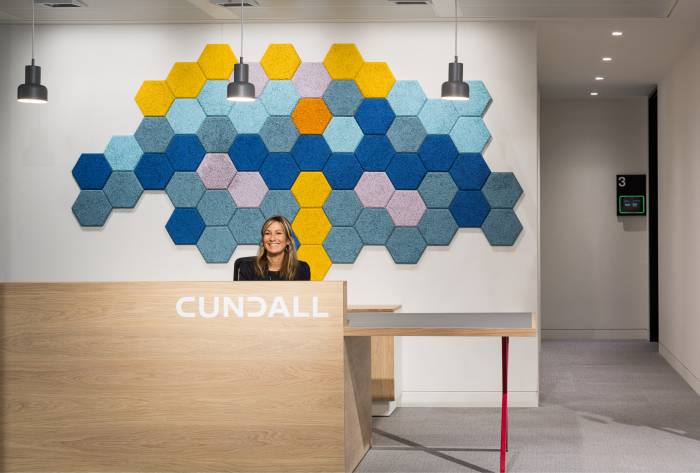 We delivered the 1st WELL Gold project in Europe.

We’re proud to have delivered this benchmark in sustainability.